Thielaviopsis basicola is a worldwide occurring soil-borne pathogen causing root rot in many dicot crops. In the Netherlands it is well-known in the cultivation of beans and carrots. A recent molecular analysis of 41 isolates from 13 locations prompted Nel and colleagues (Univ. Pretoria) to conclude that they had to be grouped in an own genus, named after the famous phytopathologist M.J. Berkeley (1803-1889), Berkeleyomyces. More important is that the results gave rise to splitting the species up in Berkeleyomyces basicola and the new species B. rouxiae. Both species have a wide distribution including the Netherlands. Also both seem to have a wide host range. Morphologically the species cannot yet be distinguished.

Posted on 5 January 2018by Aad Termorshuizen 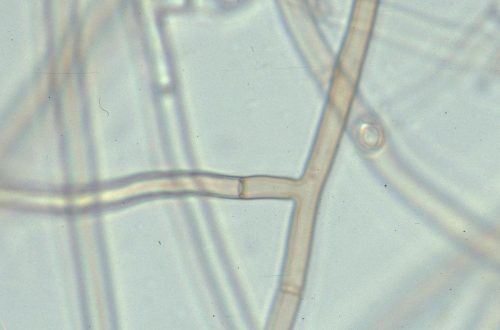